Apache HTTP Server has been the gold standard across the world for decades due to its cross-platform nature and ease-of-use and therefore, it is also the target of plenty of threat actors and exploit researchers. Given the recent disclosure of CVE-2021-41773 and CVE-2021-42013 and the nature of its high severity, numerous outlets have already made a writeup for demonstrating their capabilities.
However, since most of the writeups have primarily focused on the Linux aspect of the vulnerabilities, some may not be aware that platforms such as Windows is just as vulnerable as well. In the following post, we’ll go over how these vulnerabilities can be utilized against Windows hosts with vulnerable Apache HTTP Server.

How Does it Work?

Figure 1. Diff between Apache 2.4.49 and 2.4.50
After double-encoding our paths, we get:
By decoding the path twice…
Based on this improper fix, we can see that Apache HTTP Server did not properly validate and normalize the paths, leading to our successful payload execution.
Next, we’ll talk about how these vulnerabilities can be applied on Windows.

Payload 1: Local File Inclusion via Path Traversal
C:/Windows/win.ini could be read using this attack vector, as shown in Fig. 2.

Figure 2. Path traversals leading to local file inclusion
Payload 2：Remote Code Execution
Through cmd.exe, we can use PowerShell to write a c.bat file under C:\Users\Public. You might notice that Apache HTTP Server will return with a 500 Internal Server Error (see Fig. 3), that is primarily due to not having a proper HTTP header response from the CGI - in reality, the script did successfully go through and ran on the target host.

Figure 3. The results after payload execution
We can then specify any command that we desire through this c.bat file.

Figure 4. Arbitrary code execution via the c.bat file
Here’s what it looks like under Process Monitor:

Figure 5. Snapshot from Process Monitor
Note that even if there are special characters in the arguments, cmd.exe can still properly execute the command thanks to how cmd parses its arguments.
cmd.exe magic parser
Under normal circumstances, processes with quoted argument including optional switches shouldn’t be able to run properly - yet, cmd.exe was able to run with our /c argument quoted. We delve deeper in order to understand how cmd.exe was able to achieve this. Figure 6. Screenshot of the cmd window with the help switch 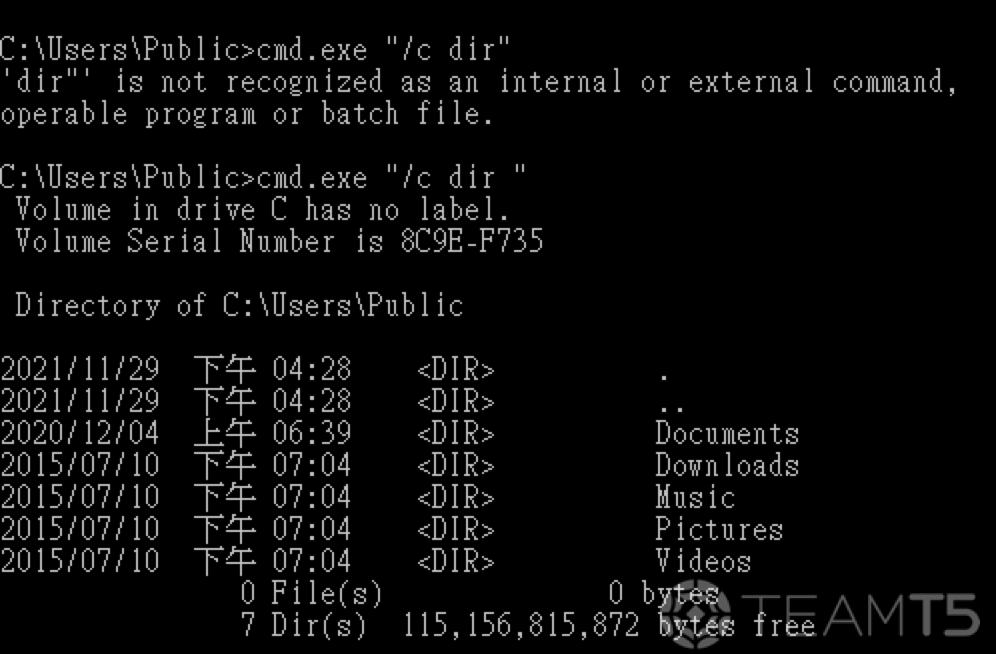 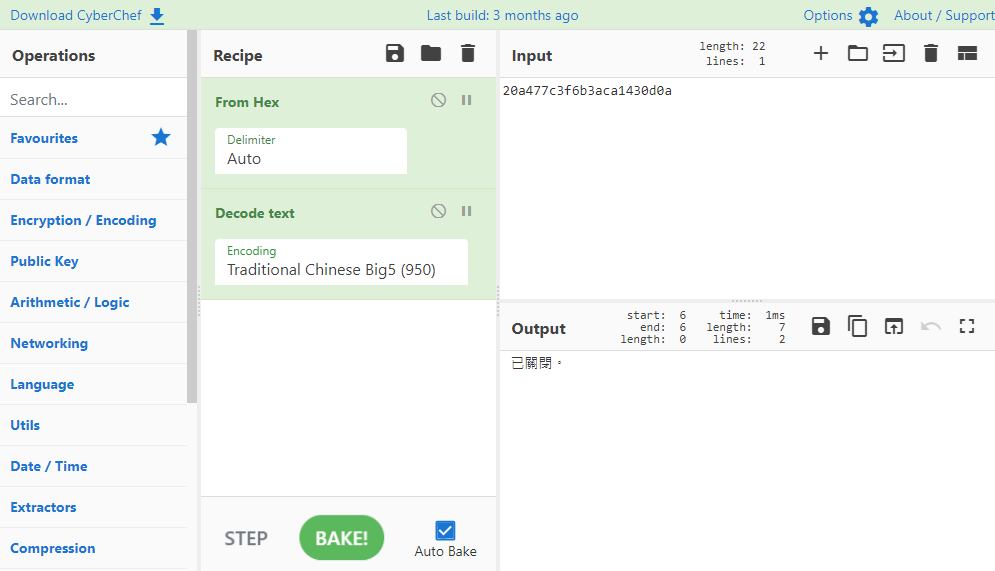